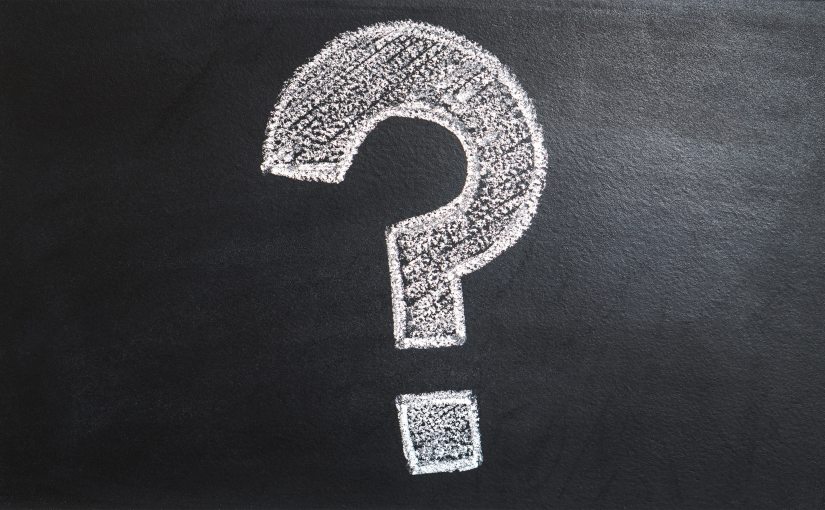 22nd April 2020 brought a revolution in the reservation system of India. Twenty year old order by Andhra Pradesh High Court, to provide 100% reservation to Schedule Tribe candidates in the Scheduled Areas for the post of teachers was quashed terming it to be unconstitutional. The Apex Court held that providing such a reservation would be arbitrary, unfair, unreasonable and not permissible under the Indian Constitution. Justice Arun Mishra, who was heading the constitutional bench for the judgment, said that there is no such law which says that only tribal teachers can teach in Scheduled Areas.

The bench referred to 1992 Indira Sawhney judgement also known as Mandal Commission verdict to emphasize that reservation of all seats and of any sort should not exceed 50% quota. The court also held that this case holds no exceptional circumstance to provide cent percent reservation. The court was of the belief that every action of the Legislature has to conform to the rights guaranteed in Part III of the Constitution.

The challenged order was by the then governor of undivided Andhra Pradesh, C. Rangarajan government order which gave cent percent quota to the candidates belonging to Scheduled Tribe category for post of teachers in Scheduled Areas. The order by the Governor had citation of Vth Schedule of the Constitution which provides administration of Scheduled Areas in North Eastern states, namely Assam, Meghalaya, Tripura and Mizoram to pass the government order.

The bench comprising of Justice Indira Banerjee, Justice Vineet Saran, Justice Shah and Justice Aniruddha Bose ruled out that giving such reservation is discriminatory. This discrimination is not only against open categories but also against reserved categories of Schedule Caste and OBCs. The constitution bench held that giving such reservation is a violation of Article 14 i.e. equality before law, Article 15(1) i.e. discrimination against citizen and also under Article 16 which provides equal opportunity. Giving 100% reservation is an obnoxious idea on why only a tribal should teach a tribal. The bench also held at there is no such extraordinary circumstance to provide such reservation when there are other residents, other castes in a particular area who are ready to provide teaching facilities and not letting them doing so is not understandable.

Significance of this development

Governor as per the power allotted to him under paragraph 3 of Schedule V of the Indian Constitution, has to submit report which contains a track of progress of a particular area, to the President regarding the administration of the concerned Scheduled Areas. This report can be presented annually or whenever the President demands. This report is a good help in deciding the reservation policies, reviewing and revising it. The decision by High Court of Andhra Pradesh was disagreed by Supreme Court to explain that the power exercised by Governor under para 5(1) of Schedule V does not give him exclusive rights to provide hundred percent reservation.

Supreme Court also held that, decision of giving such reservation was not based upon any verifiable data but on the basis that there was chronic absenteeism of non-tribal teachers in the school in Scheduled Areas. The bench held that providing full reservation to particular caste in the educational infrastructure, the merit and the standard of education imparted in the school will be compromised and disturbed. The fact cannot be ignored that the policy of reservation was used to uplift the depressed class to give them the equal footing.

Reservation system in India originated from age-old caste system. It was a measure to rectify historical injustice to particular section of society. Shudras, the last among the Varna system were prone to injustice, discrimination and ill-treatment. It was an affirmative action to give facilitating welcome to the people of depressed category in employment, education and even in law making sector. It is a positive discrimination which is governed by government policies as mentioned under the Indian Constitution.

The idea of caste based reservation system was conceived in 1882. The credit goes to the untiring efforts of William Hunter and Jyoti Rao Phule, who worked together for the upliftment of such categories who were facing discrimination, untouchability and injustice in the day to day life. In 1933, ‘Communal Awards’ were introduced, presented by Ramsay MacDonald, the then British Prime Minister. This award made separate provisions electorates for Sikhs, Muslims, Christians, Anglo Indians and Dalits.

Post-independence, reservation policies were limited to SC/ST category. Reservation was given for initial 10 years (which later was upon the discretion of Parliament to abolish or extend it) only but was increased as the motive was not fulfilled. Reservation was a good thought which was badly implemented. Earlier it was used as political agenda and not social requirement. Constituent assembly came into existence in 1946, the framers of the Constitution wanted to set up egalitarian society where there is special protection of a socially, politically and educationally backward communities. There was a report submitted known as Minority Committee which had a special provision for reservation in higher education institutions and government jobs along with legislature where representation was in proportion to the population. 1991 brought revolution to reservation system in India when Mandal Commission headed by B.P. Mandal recommended Other Backward Classes (OBCs) to be included under the ambit of reservation system. The Commission was formed by the President exercising his power conferred to him under Article 340. The Commission was given the task to determine India’s socially and educationally backward classes. To this, Commission analysed that 52% of India’s population is OBC and 26% of government jobs should be reserved for them.

The purpose of reservation in India is two-fold:

1. Advancement of weaker sections who were historically, socially, educationally and economically suppressed. (Article 15)

2. Give them adequate representation as given under Article 16 of Indian Constitution.

Achievement of social, economic and political justice and equality of status and opportunity are preamble objectives of our Constitution. There is no separate reservation clause in the Constitution of India for SC/ST/OBC categories. There are clauses under Part III of the Constitution which tells about reservation. Central and state governments should reserve seats in government services for the members of Scheduled Caste and Scheduled Tribe as mentioned under Article 15(4) and Article 16(4).

77th Constitutional Amendment in the year 1995 added a new clause to Article 16 to enable reservation in promotion. This amendment was further modified in 85th Amendment Act, 2001 to provide constitutional seniority to SC and ST candidates. The ceiling of 50% reservation on total number of vacancies was nullified by 81st Amendment Act, 2000 when Clause 4(B) was inserted in the Article 16.

The history of reservation in India can be traced back to the case of State of Madras vs. Srimathi Champakam Dorairajan, where Supreme Court in this case held that legislation or executive order which is based on caste based reservation is unconstitutional. Similar ratio was given in Venkatraman vs. State of Madras. It was after these two landmark judgements that Parliament amended Article 15 by inserting Clause 4 which states that, “Nothing in this article or in Clause (2) of Article 29 shall prevent the State from making any special provision for the advancement of any socially and educationally backward classes of citizens or for the Scheduled Castes and the Scheduled Tribes.”

In Indira Sawhney vs. Union of India, the concept of exclusion of’ creamy layer was evolved. The nine judge bench of Supreme Court held that reservation of 27% in government jobs for socially backward classes is constitutionally valid. Also, the reservation was limited to appointments and not promotions. It was held that total reservation should not exceed 50%.

After this case, clause 4B was added to Article 16 to end 50% ceiling on reservation for SC /ST and OBC in backlog vacancies. In Indira Sawhney case, it was held that creamy layer is not entitled to benefits reservation, known to be discriminatory and violative of Article 14 and 16.

Ashok Kumar Thakur vs. Union of India deals with the exclusion of creamy layer concept in education sector. The Apex Court held that if lower caste is deprived of the facilities and opportunities in the name of creamy layer, it will compromise value objective reservation.

Good old faith for definition of reservation was always based on caste. In course of time, judicial view underwent through some considerable changes in the importance given to the caste factor to access backwardness as seen in the judgement of P Rajendran vs. State of Madras.

In case of MR Balaji and ors vs. State of Mysore, State of Mysore issued an order declaring that any caste except Brahmins is socially and educationally backward as per Article 15(4). In this case, Apex Court held that reservation ceiling cannot exceed 50%. The order demands reservation to all non-Brahmin communities up to 75% in educational institutes. The order was challenged under Article 32 of Indian Constitution, and the court held that there is no definite spectrum to grant reservation and caste in relation to Hindus, it can only be a relevant factor but not deciding factor.

Supreme Court while quashing the order of Andhra Pradesh on providing 100% reservation to tribal teachers in schedule areas, points of the concern that reservation is not meeting its actual purpose. This means the benefits of quota system is not reaching to those people who truly deserve them. In this particular case, providing 100% reservation will prove that merit is denied in toto. The overall spirit to give reservation was upliftment of a particular section who continuously face discrimination. The bench while deciding this case held that right of tribals who are not residents of scheduled areas will be adversely affected, as the quota does not talk about those people from tribal community who live in urban or non-scheduled areas.

The purpose of reservation is not to isolate a particular section but to make them part of mainstream. But it was seen in recent times that even socially and economically forward classes like Gujjar and Jatts also demanded reservation. Apex Court held that reservation is a sort of redressal mechanism to help SC and ST in social and economic upliftment and make them equal, and giving such reservations will not fulfil the purpose.

The court held that eradication of untouchability in actual sense and to provide security to downtrodden classes and ensuring that their rights are reserved and protected so that they can also enjoy on equal footing was what the main purpose of reservation policy.